1
Create a free account
Sign up if you're a new customer or sign in securely by email, your Apple ID, Google or Telegram.
2
Browse services
Message Sellers and get free quotes. Once agreed, place funds on hold using PayPal or a verified credit or debit card.
3
Get your job or lesson done
Our boards, lists, and cards, with chat, lets you do smarter work with freelancers and teachers.
4
Pay on approval
Release funds to your Seller when you're happy with their Work, or your lesson ends.
Purchase Protection: Your money back if Work is unsatisfactory or late.
Rate your seller
Your feedback is important to us. 5 flames are for heroes. You can tip people in messages.

All purchases (except Tips) are subject to a non-refundable administrative Handling Fee of $1.99. This pays for platform overheads including credit card processing fees, hosting, marketing, data costs and 24×7×365 support.

Sign Up Skill Index HostJane at Work
Become a Seller 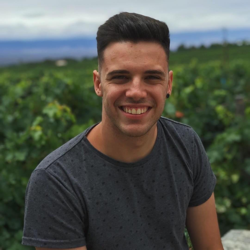 Take military history lessons online from military historians to examine warfare in a multidisciplinary context including political science, international relations, cultural and gender studies and law. The entire expanse of human armed conflict can be taught by history tutors from the Roman Empire to European powers and the Spanish Armada to the American Civil War, the commercial expansion of the East India Companies in the Indian Ocean, the expansion British colonies in India, slavery and the Abolition movement and the Revolt of 1857, the French Revolutionary Wars, Napoleonic Wars, Crimean War, Wars of Italian and German Unification (including the Austro-Prussian and Franco-Prussian Wars), Balkan Wars, First World War, Spanish Civil War, Second World War and Cold War to the Iraq War and 2022 Russian invasion of Ukraine.. Find Military History Lessons WFH freelancers on February 05, 2023 who work remotely. Read less

Read more
Board & chat What's this?